Featuring the Ted Crom Horological Tool Collection & Library. Auction May 2010, Marlborough, Massachusetts. Tom Crom's legacy as an international authority on horological tools is recorded in the six books that he authored and published on the subject between 1970 and 1994.
It is within these nearly 2.000 pages that the secrets of long-forgotten trades are unveiled and the pivotal role of horology in the birth of the Industrial Revolution is told. Ted Crom instinctively knew the importance of this material and its' far reaching implications for our modern technological world. Very interesting and well presented. 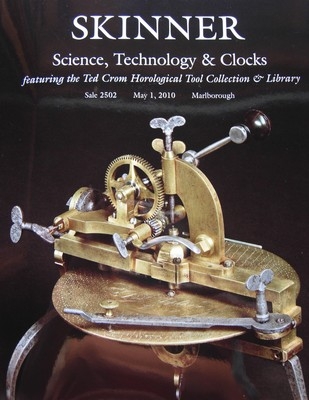