4153 - Watchmakers and Clockmakers of the World


Complete 21st Century Edition - incorporating and extending the late G.H. Baillies definitive work Watchmakers and Clockmakers of the World. First compiled in 1929 as a pioneer work by the late G.H. Baillie, this directory of watchmakers and clockmakers of the past soon established itself as the standard reference source and has been used ever since by watchmakers and clockmakers, collectors, dealers, museums, historians and libraries the world over. The book went through numerous editions and reprints, and was seldom out of print. The list of makers has more than doubled, having been thoroughly updated and revised by Brian Loomes in this twenty-first century edition, and now contains information on about 90.0000 makers working between the late sixteenth and early twentieth centuries. As well as the makers and retailers of clocks and watches, the list includes makers of scientific instruments, sundials and barometers. Working dates include, where known, dates and places of birth, apprenticeship, freedom, marriage and death, as well as movement between different locations and monograms. A unique and essential work of reference. 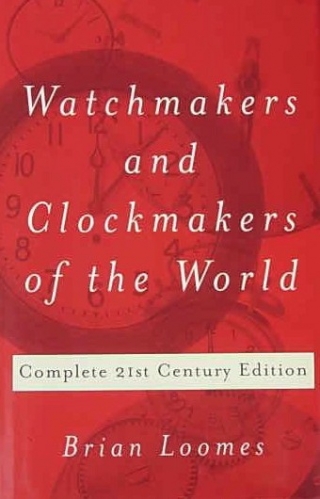