An Appeal to the Public: Stating Mr. Thomas Earnshaw's Claim to the Original Invention of the Improvements in his Timekeepers.
Their superior going in numerous voyages, and also as tried by the astronomer royal by order of the commissioners of longitude and his consequent right to national reward.

This is a Limited Edition of 350 copies of which this is number 278. 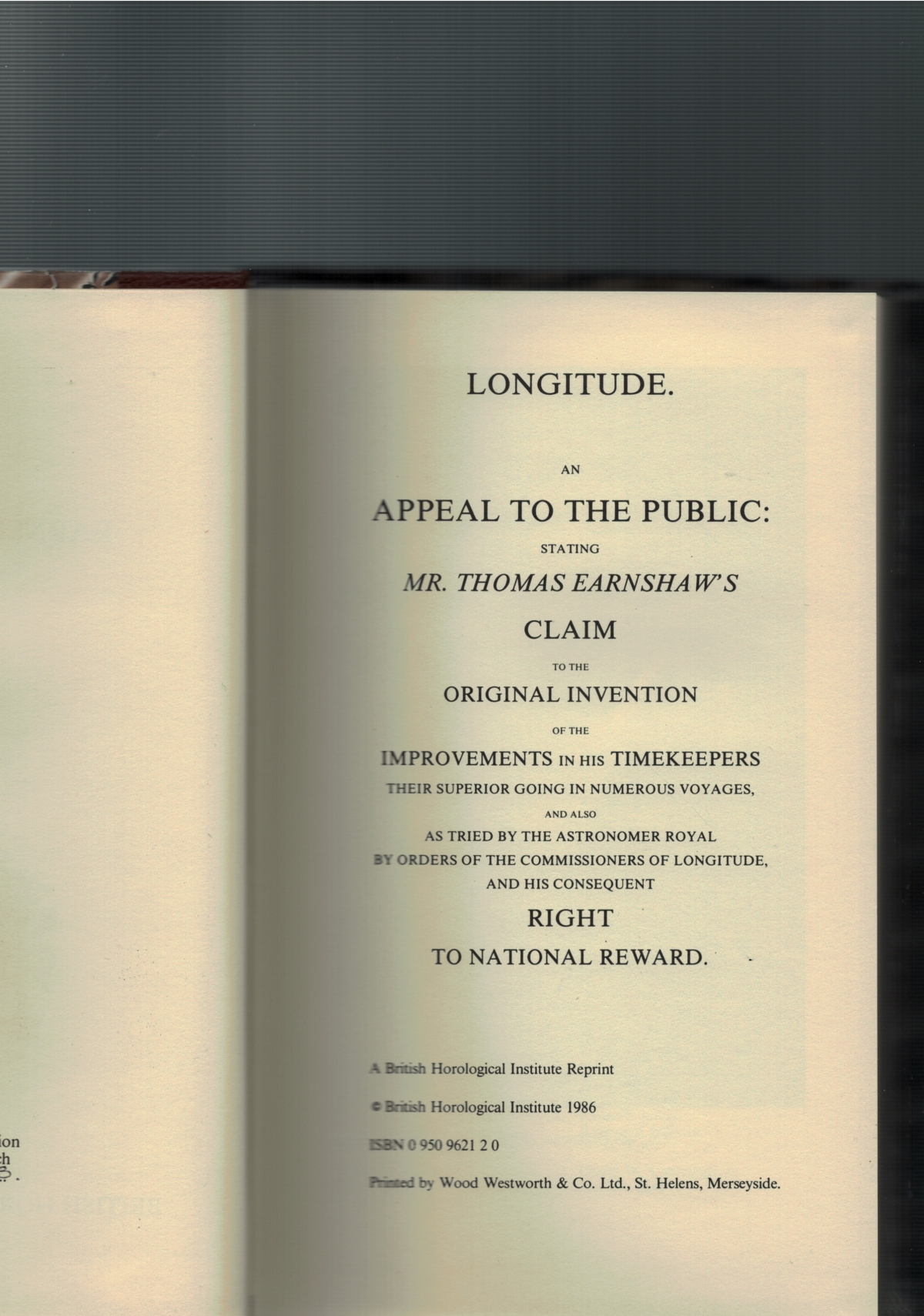